The World’s Richest Source of Omega-3s

And it’s true that omega-3s offer serious benefits to your body.

But you may not know that fish oil can also have SERIOUS drawbacks.

First off, it’s prone to contamination by toxic heavy metals such as mercury.

It’s also low in antioxidants, which your body craves.

And, even more dangerous, fish oil can rapidly become oxidized and go rancid.

When fish oil oxidizes, it becomes your body’s worst nightmare.

It can actually escalate inflammation in the body and put your heart and brain health at risk.

You can STOP using fish oil!

There is now a better way to give your body the health-enhancing omega-3s it craves.

It’s called krill oil, and it is by far the most potent source of omega-3 fatty acids in the world.

Over the last few years, head-to-head comparisons of these two oils has proven that krill oil blows fish oil out of the water.

That’s because krill oil is:

What is krill oil? 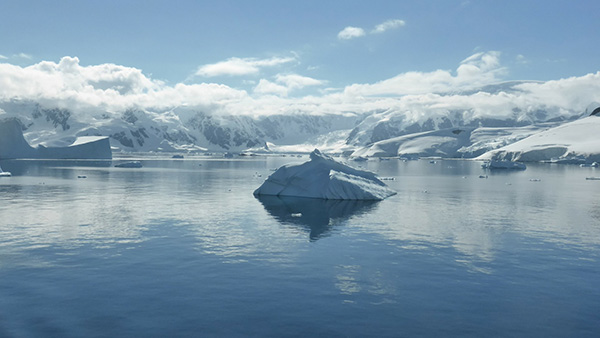 Krill oil is extracted from krill, a tiny, shrimp-like crustacean that lives off the coast of Antarctica.

Krill feed on plankton on the ocean surface and are the primary food of baleen whales.

And here’s a secret that most people don’t know:

Genes have control over just about every biochemical system in the body. Any of these genes have the ability to be switched on and off.

Nutrients, including omega-3 fatty acids EPA and DHA, are what control these biochemical switches.

So how does this affect your health?

Well, a recent study compared the effects of fish oil to krill oil on gene expression in mice.

When they gave the mice the two oils, they revealed that krill oil was shown to: 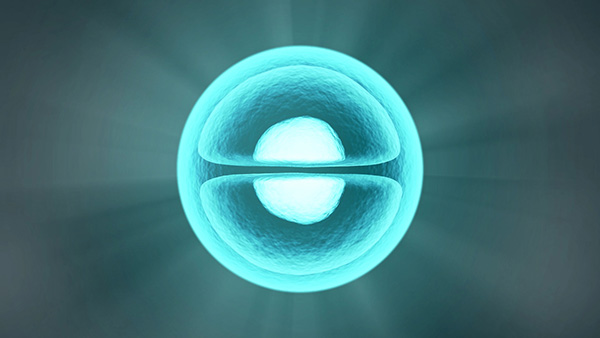 You may be wondering, if both fish oil and krill oil contain the omega-3 fatty acids EPA and DHA, why krill oil is so much more powerful.

Well, it has to do with the advanced delivery system that krill oil offers to our cells.

Krill oil, unlike fish oil, transports omega-3 fatty acids to where your body needs them most in the form of something called phospholipids. These are like tiny packets that deliver the fats to your cells through your body’s cell membranes.

Phospholipids are so important because they...

Fish oil, on the other hand, has all of its omega-3s packaged in triglycerides or ethyl esters.

So not only do less fish oil omega-3s reach your cells...

They’re harder for your body to use once they get there!

But the advantages of krill oil don’t stop there. 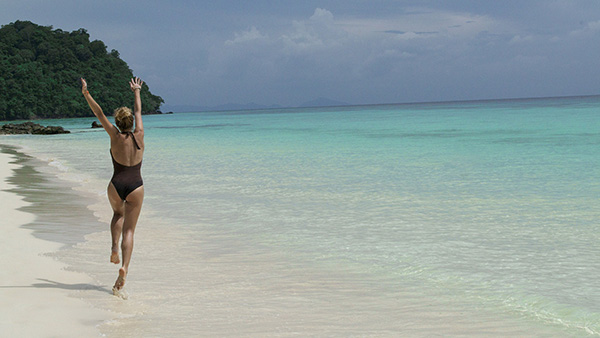 When it comes to antioxidants, it’s hard to beat astaxanthin. It’s even been called the “king” of antioxidants.

Unlike most antioxidants, astaxanthin has the unique ability to cross the blood-brain barrier and combine with your cell membranes.

Because of this, it’s able to reach nearly every cell in the body.

Once inside your cells, the astaxanthin can act on no less than five separate inflammation pathways.

These distinctive attributes allow astaxanthin to provide a variety of potential health benefits. For example. It’s been shown to:

Not only that, but astaxanthin also helps protect krill oil from spoiling — which is a significant problem with fish oil. 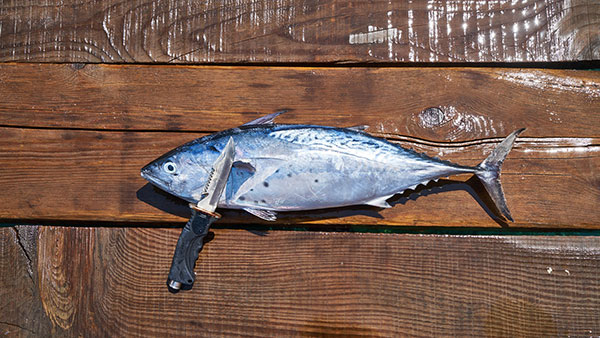 Eating fresh fish is an excellent source of omega-3s. However, there are certain risks that come along with consuming fish (and fish oil) regularly.

Unfortunately, our oceans have become contaminated with heavy metals and harmful chemicals.

And the longer the lifespan of a fish, the more potential there is for things like mercury, pesticides, and PCBs to build up in its tissue.

Moreover, larger fish have even more risk of building up these harmful chemicals because they consume other smaller fish that may be contaminated.

This means that both fresh fish and fish oil may contain these harmful toxins and pollutants.

And when you eat fish or take fish oil supplements, those harmful compounds can be passed on to you.

Once inside you, these substances have been shown to:

But unlike fish, krill aren’t susceptible to building up things like mercury and pesticides.

Krill oil can be a powerful boost for your brain, heart, and joints 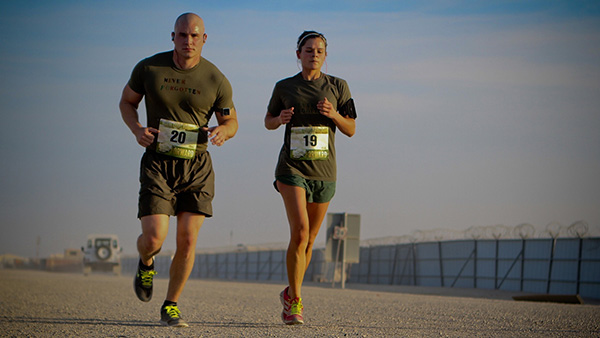 This, in turn, helps nearly every system in your body function more optimally...

Especially your brain, which relies on the two omega-3 fatty acids — EPA and DHA — to facilitate communication between brain cells.

One study examined the effects of omega-3 supplementation on a group of 485 Americans, aged 55 years and older.

Half the group received a standard dose of omega-3, while the other half received a placebo.

At the end of the study period, the omega-3 group’s memory was measured to be more than 2,114% better than the control group!

But the benefits don’t stop there.

In another study, researchers examined the effects of omega-3s on heart health... 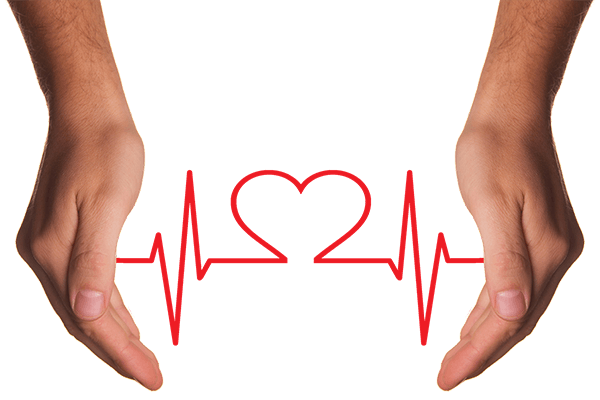 And found that the omega-3s present in high amounts in krill oil can reduce the levels of artery-clogging triglycerides by as much as 30%!

Yet another study found that when krill oil was administered to a group of Japanese patients...

It caused joint pain to virtually “vanish” in just 30 days!

Simply put, adding krill oil to your daily routine could be one of the best things you can do for your overall body health.

And we want to help you do it.

That’s why our team has come up with a special way to get krill oil — designed just for you.

The purest, most pristine source of krill oil... 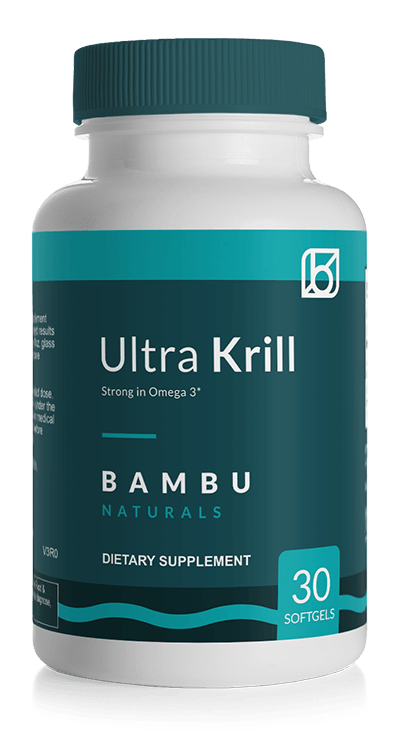 It’s time that you take charge of your health.

And our top-tier krill oil is the #1 thing you can do to help support a healthy body.

The oil is then extracted and extensively tested for toxins, pesticides, and heavy metal contaminants...

Before being encapsulated in easy-to-swallow capsules in our state-of-the-art FDA-registered facility in Utah.

So you can have peace of mind knowing you’re only putting the cleanest form of krill oil into your body.

Don’t worry, unlike fish oil, our krill oil will NEVER leave behind a strong fishy smell and taste.

That means no annoying “fish burps” either.

When you order Ultra Krill, all you’ll have to do is enjoy all the benefits of powerful antioxidants such as astaxanthin and highly absorbable essential omega-3 fatty acids (DHA and EPA). 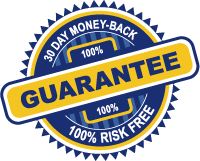 We’re so confident that you’ll be 100% satisfied with your purchase of Ultra Krill that we are providing a full, 30-day money back guarantee. No questions asked!

Simply let us know if you’re not happy with the health-rejuvenating effects of Ultra Krill within the first month, return any unused portion of the product, and we’ll return 100% of your money.

If you’re not using Ultra Krill, you’re missing out!

By not trying our top-quality krill oil, you could be missing out on so many benefits, like:

Get your Ultra Krill today!

Enter your information below on our secure SSL-encrypted page.

And as a special bonus, you’ll be given:

That means you’ll get a steady supply of Ultra Krill without ever having to miss a month or see prices go up.

And if we’re ever backordered, you’ll go straight to the front of the line.

Best of all, you will never have to pay a single penny more than the special promotional price you’re about to lock in today.

And when you run out, a new bottle will be automatically sent to you and we’ll simply bill the same credit card we have on file.

This is completely RISK FREE.

We only activate this special service with your permission — and you can pause or cancel the deliveries at any time.

It won’t cost you a dime!

But this may be the last time you see this special offer, so enter your information NOW!

Unfortunately at this time, we are only able to ship domestically within the United States. Thank you.

This statement has not been evaluated by the Food and Drug Administration. This product is not intended to diagnose, treat, cure, or prevent any disease.
Read our Details and Disclosures
When you order a supply of Ultra Krill with your credit card, you'll be billed your choice rate. Every month thereafter, we'll automatically bill your card for $18.99 (+$4.99 shipping) , the lowest renewal rate we offer. If you choose the three- or six-month supply, your order will simply renew at the three- or six-month mark, whenever you run out. With this VIP feature, you'll be locking in the lowest available price for each amount and set yourself up to never miss a month. This only happens with your permission, and you may opt out of auto-renewal at any time after this purchase. Remember, you also have our 30-day, 100% full money-back, no-questions-asked guarantee. If you're unsatisfied for any reason, then simply return any unused portion for a full refund. It doesn’t matter if it’s one week or 30 days from now. Unless you are 100% satisfied, you get all your money back.